There are many rebels, but few with a cause. These rebels think they are being free but what they do not know is that they are only puppets of a system that have them under its control. Therefore, to attain real freedom one must discover a cause to fight for, this cause is the purpose of our very existence, this cause is not meant to destroy us but to reveal our true potential. Being your real self and doing what you came here to do is what gives you freedom. It is time to find your purpose, and be a rebel with a cause! 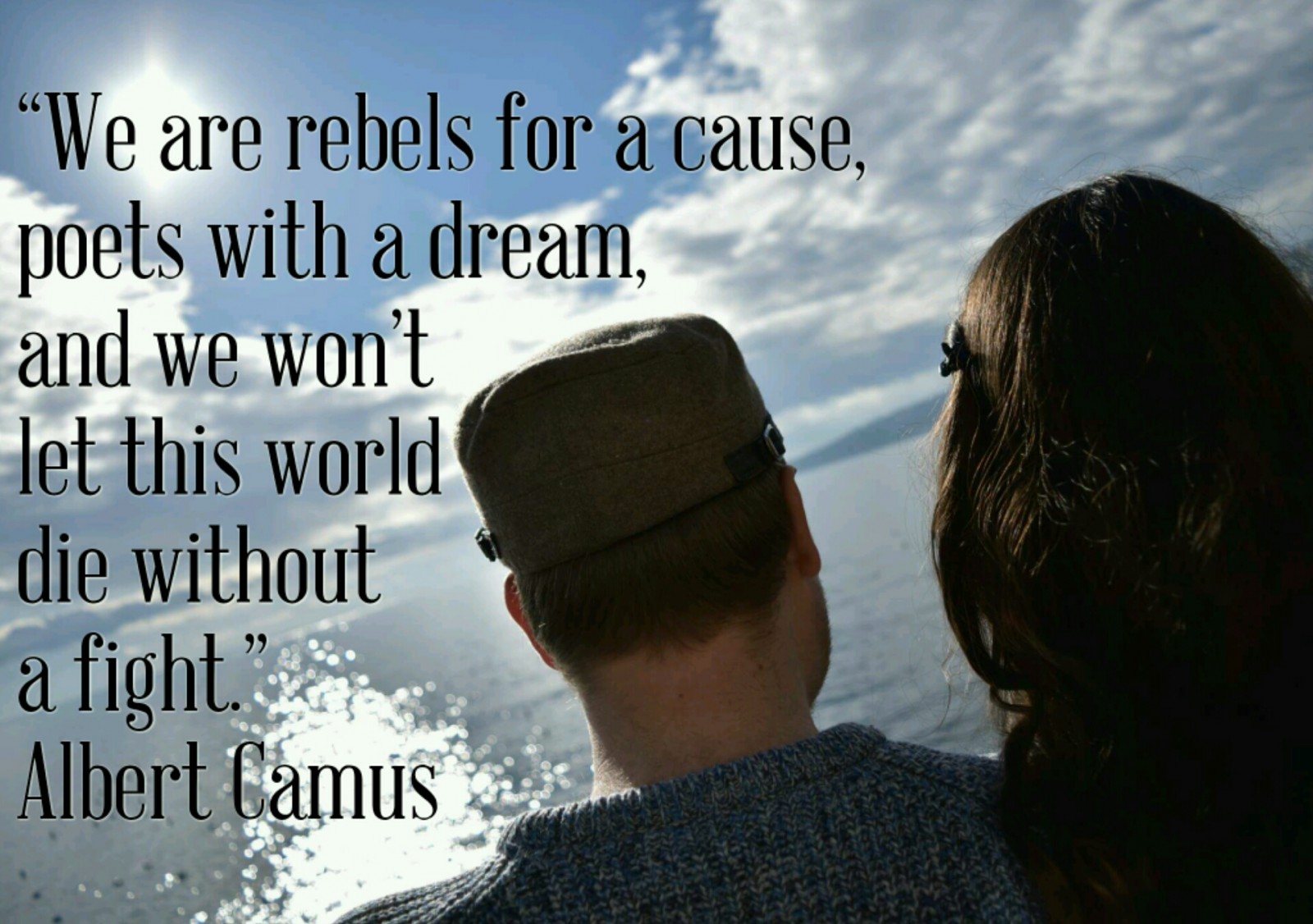 When we are kids we dare to dream, and we dare to dream big. We believe that everything is possible, and we know what we want, and we do everything we can in order to get it. But day after day, all our illusions start to disappear, adults inadvertently begin to limit ourselves. And one day we stop being kids and we start being teenagers, and like an uncontrollable impulse that comes from within we start to rebel to all those who limited us.

The problem is we become rebels without a cause, or a cause that is not yet known or is not defined. And that makes us fight the wrong battle, because we don’t revolt against those who were limiting us but we revolt against ourselves. We start making choices which its consequences destroy us more than anyone else. We believe we are winning, but in the end we are only losing the battle. We make a revolution against ourselves. And one day this revolution ends, we are now grown up, and defeated, confused, lost and worried we become the miserable adults we were trying so hard to avoid, and only from time to time, we do things that makes us believe we are the bold rebels we were before, but in the blink of an eye we go back to our duties.

“Here’s to the crazy ones. The misfits. The rebels. The troublemakers. The round pegs in the square holes. The ones who see things differently. They’re not fond of rules. And they have no respect for the status quo. You can quote them, disagree with them, glorify or vilify them. About the only thing you can’t do is ignore them. Because they change things. They push the human race forward. And while some may see them as the crazy ones, we see genius. Because the people who are crazy enough to think they can change the world, are the ones who do.” – Steve Jobs

The truth is every time someone starts to question things, or starts to see things in a different way, and comes with a crazy idea that could change the world, that could push human race forward, that can truly create an evolution and change the way in which humans live, they are most of the time treated as dreamers, crazy or rebels. But these people are crazy enough to think that they can make a difference, and they are free enough to act in a certain way to achieve their goals, they don’t depend on others approval and they don’t feel comfortable with the status quo. These people are the ones that make history, these are the people that change the world.

“The only way to deal with an unfree world is to become so absolutely free that your very existence is an act of rebellion.” – Albert Camus

So who are you going to be? A rebel without a cause making the kind of decisions that will create a negative impact on your life? Are you going to truly limit yourself by thinking you can’t be more than a simple rebel that does some crazy stuff from time to time? Or are you really going to become a rebel and fight for your freedom? Are you going to be a rebel with a cause, being the creator of your destiny, freeing yourself, creating the world you dream, and having the life you truly deserve? You have to remember one thing: nobody limits us more than we do, our true limitations are found within ourselves, and we have the key to our own freedom.

Do you want to be a rebel? So be a rebel with a cause, and in order to succeed you will have to be willing to do the things other don’t. Dare to dream, imagine, discover and create, work, study and learn, question everything, ask why, find your own conclusions, be yourself, learn from your mistakes, don’t let anyone tell you that you can’t do something, love, grow, evolve and be free. Because true rebels are those who make a positive impact on their lives and everyone’s lives and are bold enough as to change the world!